The Wasa shear zone runs east-west through the centre of the property. This shear zone, which trends at an azimuth of 265°, has a 50-60° dip to the north and a maximum thickness of 80 metres. To the west, the shear zone splits into two separate branches and becomes thinner, while to the east, the shear zone weakens as well and displays an average thickness of 25 metres. This shear zone is characterized by the development of a strong mylonitic fabric and an intense hydrothermal alteration which completely destroyed the primary structures and textures of the protolith. Mineral assemblages of rocks within the shear zone consist of chlorite, carbonate, hematite, albite and sericite in the middle of the zone. Gold is associated with a dissemination of fine pyrite in the altered portions of the shear zone. 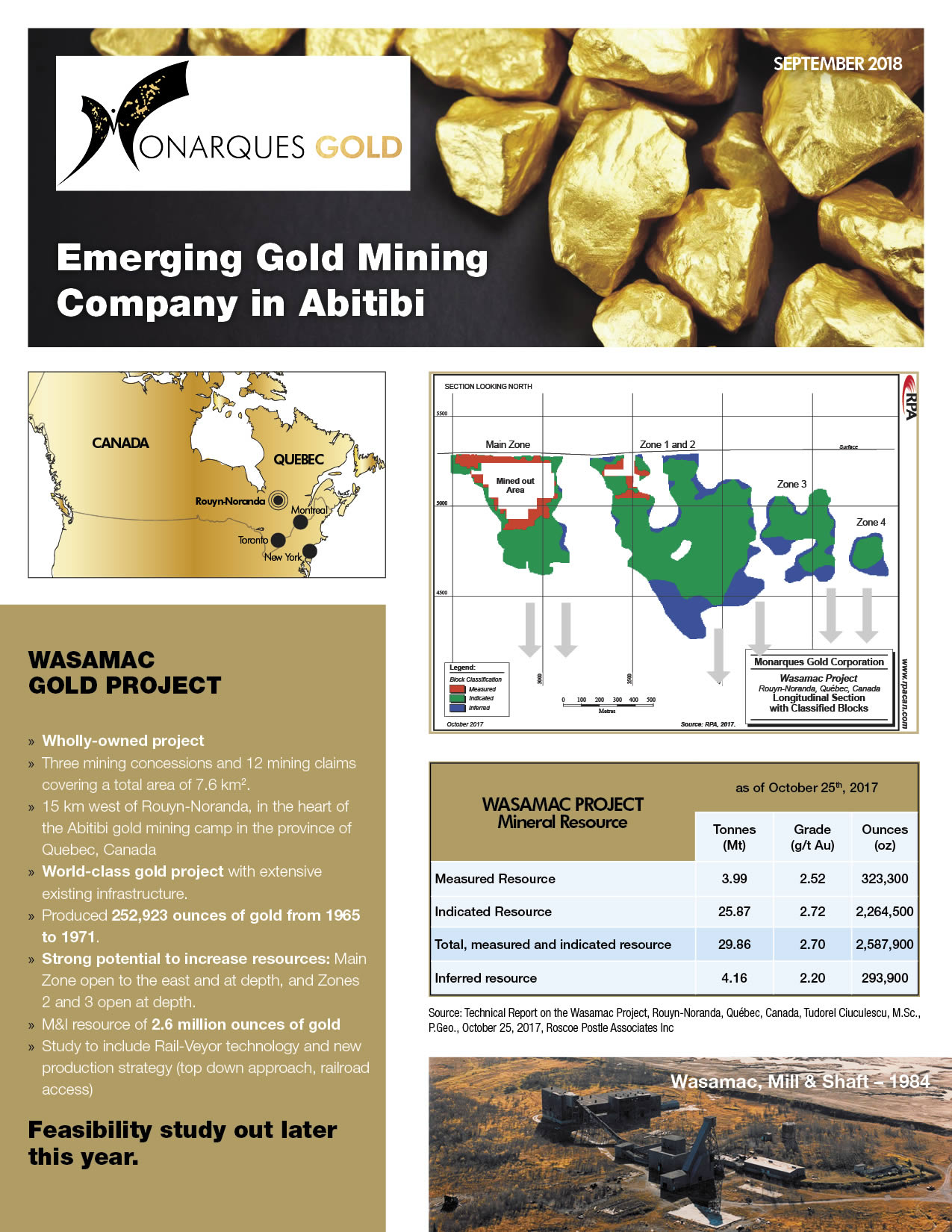 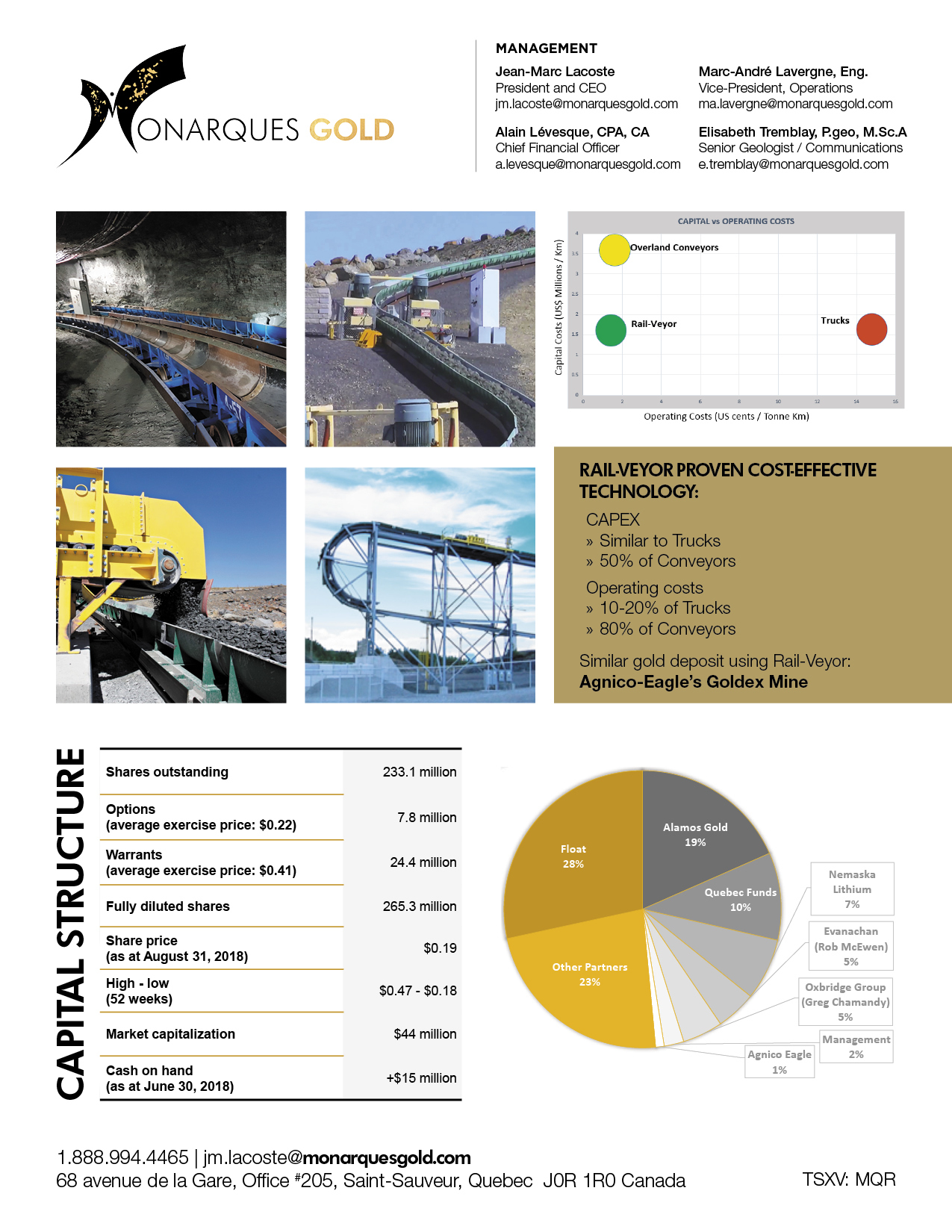