Monarch Gold owns a 100% interest in the Camflo property, which includes the old Camflo mine and the fully permitted Camflo mill. It consists of 38 mining claims and 1 mining concession covering a total area of 948 hectares. The property is located 15 km northwest of Val-d’Or and 6 km northeast of Malartic 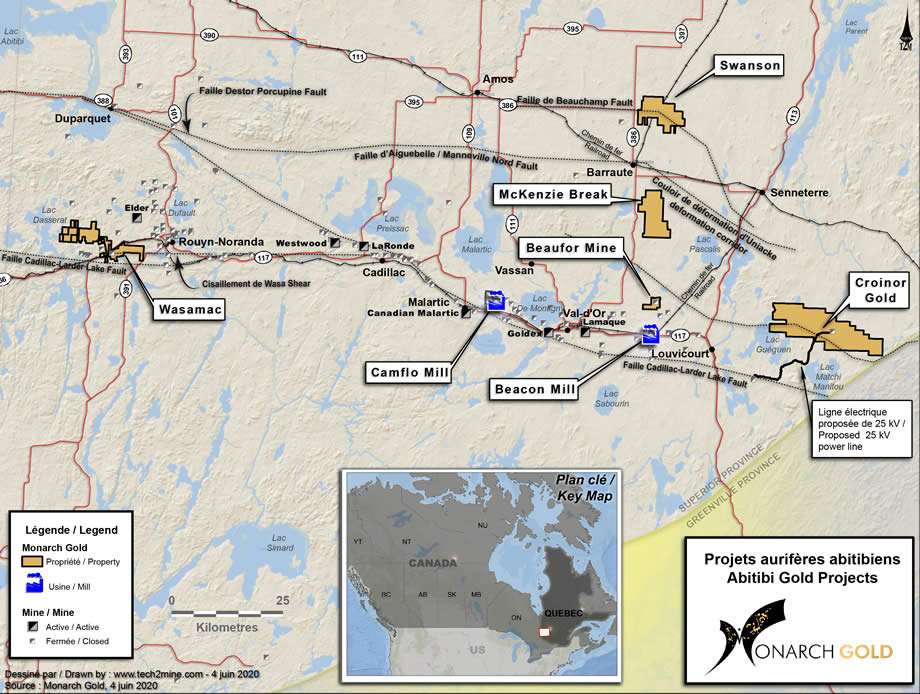 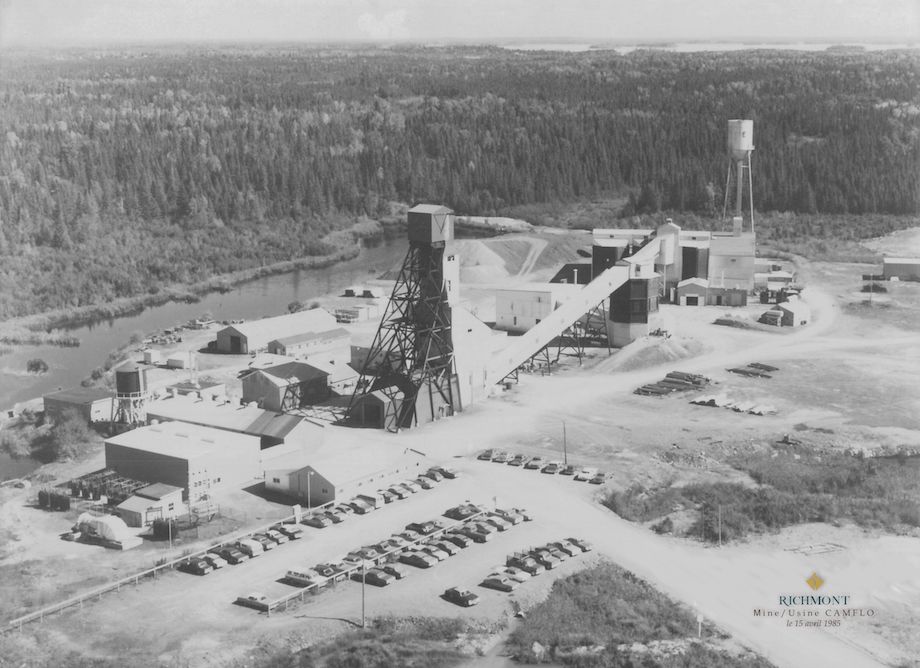 Camflo Mines discovered the Camflo deposit in 1962 while drilling distinct magnetic features. The company’s businessmen founders from Ottawa, Messrs. Gordon Cameron and Jack Florence and three other co-founders*, gave the property the name we know it by today. In 1984, Barrick Resources (later renamed American Barrick) merged with Camflo Mines and the deposit became Barrick’s first substantial asset. Barrick subsequently became the world’s third-largest gold producer when it bought Lac Minerals in 1994. The Camflo mine was in production for 27 years, from 1965 to 1992, and yielded a total of 1.65 million ounces of gold from 8,862,240 tonnes of ore grading 5.78 g/t Au (Source: QERPUB-M.E.R. Publication DV93-01 Rapports des Géologues Résidents sur l’Activité Minière Régionale, 1993). The bulk of the ore, 6,016,000 tonnes grading 6.90 g/t Au, was hosted in a porphyritic monzonite (syenite) intrusion in proximity to iron formations. The Camflo mine was renowned for having one of the lowest production costs in all of Canada (Northern Miner, October 1992). The old mine workings extend from surface down to a depth of 1,239 metres.

*The three other co-founders were Olivier Briault, Wilfrid Leavoy and the honourable Jacques Miquelon. Jacques Miquelon (October 4, 1911 – June 16, 2004) was a lawyer, judge and political figure in Quebec. He represented Abitibi-Est in the Legislative Assembly of Quebec from 1948 to 1960 as a member of the Union Nationale.